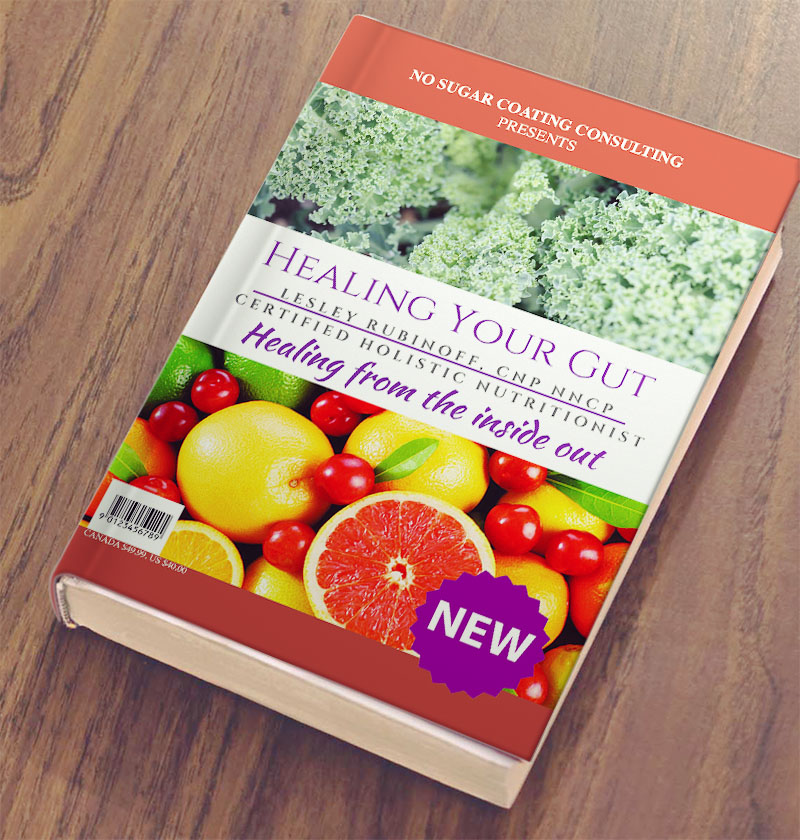 Thank you! Your submission has been received!
You will receive your copy via e-mail shortly.
I'm looking forward to assisting you on your health journey.

Oops! Something went wrong while submitting the form

Check in daily for your FYI of the day! 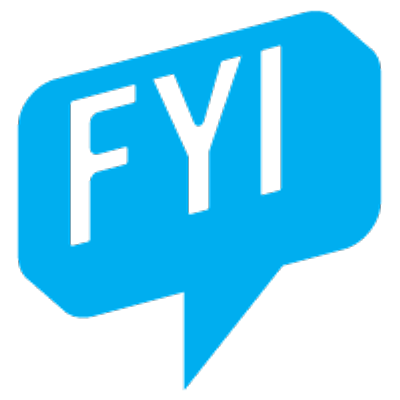 FYI # 4 – Apples have pectin in them, pectin naturally boost your metabolism

FYI # 5- When you cook your food, the immune system reacts to it as a toxin

FYI # 6-  The best moisturizer for the skin is sesame seed oil, it yanks toxins from your skin!

FYI # 7- Never let anyone stand in your way of  being happy, go around them

FYI#8- When grocery shopping stay on the perimeters of the store, that’s where the fresh produce, meat, chicken and fish are. You should rarely need to go into the inside isles,think of the inside isles as fire, don’t get burned! The inside isles, are filled with all the process foods loaded with chemicals, sugar and simple carbohydrates. No nutrients there!

FYI # 9- Osteoporosis is linked to those with high diary intake, in fact dairy may be the leading cause of calcium deficiency leading to osteoporosis.

FYI # 9- All truth goes through three stages…. First it is ridiculed. Then it is violently opposed. Finally, it is accepted as self-evident – Arthur Schopenhauer

FYI  # 10- Women, if your on oral contraceptives AKA birth control pill, it is essential for you to take folic acid and b12. The BP depletes you of these essential vitamins making you highly deficient and is a leading cause of cervical dysplasia

FYI # 11-  If acne is a persistent problem for anyone, add a zinc supplement. A deficiency in zinc may be the leading cause to frequent outbreaks. Zinc play a vital role in the production and regulation of about 200 hormones in your body, one of them being testosterone. Testosterone is a main promoter of acne. Therefore, supplementing with zinc will help balance hormones and thus decreasing the chances of outbreaks. 30-50mg daily.

FYI # 12 – Formaldehyde is the stinky liquid that’s used to preserve dead humans and laboratory animals. This chemical lurks in many house hold products! Shampoo, soap,, ASPARTAME, detergent and the list goes on and on and on! Start reading product labels!

FYI # 13- Agave  syrup is NOT a good alternative to sugar.  Agave is highly processed and has a higher percentage of  high fructose corn syrup (HFCS) at 90%  compared to sugar at 40-60%

FYI # 14- Happy bowels = moving bowels. Transit time of food  is slowed by lack of fiber consumption and increased by fiber. Avg trainst time (meaning from the time we eat to the time we shit is approx 12 – 14 hours.

FYI# 16- Plug in air fresheners are very dangerous to your health,  they interfere with your ability to smell by releasing nerve-deadening agents or coating nasal passages. Air fresheners contain  formaldehyde and phenol. Both highly toxic chemicals.

FYI # 17-  Protein intake post work out my be a bit overrated! The body needs a good carbohydrate to restore glucose coupled with a very small amount of protein to help repair. Nuts and nut butters paired with some berries or a kiwi is ideal.

FYI # 19 – If you’re finding yourself tired or confused, you may be low on your B12! Start supplementing with a sublingual methyl B12

FYI # 21- Why does mint taste cold? Mint contains the chemical menthol which gives you a cooling sensation, just like hot peppers they trick your brain due to the contents making it feel cold though nothing cold  is touching your body!

FYI # 23- It takes approximately 20 minutes for your brain to know that your stomach is full.

FYI # 24- Detoxify with beets!!! The choline from this wonderful juice detoxifies not only the liver, but also the entire system of excessive alcohol abuse! Fantastic hangover remedy!

FYI # 26- An  unhealthy diet rich in fats, sugars and processed foods which are lacking in nutritional substances can lead to infertility and increase the risk of miscarriage.

FYI # 27- Cherries  are a rich source of melatonin, a powerful antioxidant known for regulating the body’s natural sleep cycle and helping to promote restful sleep.

FYI # 28- One ounce of almonds has as much calcium as ¼ cup of milk as well as providing 35% of the recommended daily allowance of Vitamin E. Vitamin E has been proven to help prevent some forms of cancer.

FYI# 29- Turmeric is  astringent and is good for skin and stomach disorders. It helps reduce fat, aids in blood circulation and purification. Turmeric cures digestive problems and strengthens the body against parasites in the intestines.

FYI # 30- The Strawberry flavor Contains 50 Different Chemicals. – In order to copy the flavor of a strawberry, food corporations include 50 distinct chemicals like ethyl acetate, phenythyl alcohol, rose, and solvent.

FYI # 31- If there is something that has bothered you for years, it’s time to let go and forgive. Balance your life and move forward.

FYI # 32- On average a third of cancer cases can be prevented by a change in diet. A diet rich in dietary fibers, whole grains and low in fat can prevent a number of tumors including  colon, stomach and breast tumors.

FYI # 33- Three quarters of fish caught are eaten – the rest is used to make things such as glue, soap, margarine and fertilizer

FYI # 34- There is no better dietary source of choline (part of the neurotransmitter acetylcholine) than lecithin. Which means lecithin is essential for the nervous system and the brain. Include lecithin as part of your diet. Sprinkle on any food or mix in any drink. I suggest  buying granules .

FYI # 35- Success isn’t how far you got, but the distance you traveled from where you started.

FYI # 38- The skin is the largest organ and is 15% of the average adult weight with a surface area nearly 2 square meters.

FYI # 39- Your kitchen sink is dirtier than your bathroom sink. There are approximately 500,000 bacteria lurking around your drain alone. Over 50 million bacteria in a single colony can live on one sponge.

FYI # 40 – Fruits are extremely high in liquid-content, helping the body wash out toxins. They are also very easy to digest and are high in antioxidants, nutrients, fiber and many important vitamins like vitamin C.

FYI # 41-An onion, apple and potato all have the same taste, the difference in flavour is due to their smell. If you don’t believe me blind fold and plug your nose  and try it.

FYI # 42- It can take 100 to 500 years to create one-inch of soil. Our soil is so depleted from nutrients  thus the need to supplement.

FYI # 43-  The greener the better! I’m talking about vegetables, the richer the green the more nutrients it contains. Eat your greens! Aim for a minimum of 2-3 cups a day!

FYI # 44- The skin on your lips is 200 times more sensitive than your fingertips.

FYI # 46- It takes approximately 20 minutes for your brain to know that your stomach is full.

FYI # 47- There are over 2 million serious Adverse Drug Reactions every year with 100,000 deaths yearly.

FYI # 50- Sour flavors like those found in pickles and lemons can curb your appetite.

FYI # 52- Doctors can now grow skin for burn victims using the foreskins of circumcised infants. One foreskin can produce 23,000 square meters, which would be enough to tarp every Major League infield with human flesh.

FYI # 53- Strawberries are not really a fruit or a berry but the enlarged receptacle of the flower!

FYI # 54- Cilantro may be useful to treat urinary tract infections. Both the leaves and seeds aid digestion, relieve intestinal gas, pain and distention. They also treat nausea, soothe inflammation, rheumatic pain, headaches, coughs and mental stressCilantro is a member of the carrot family

FYI# 57- Many household products, processed foods, and beauty products are leading contributors to the growing rate of cancer.

FYI# 58- There are more bacteria in your mouth than there are people in the world.

FYI # 60- Vitamin B12 deficiency is responsible for cognitive problems.

FYI # 61- Eating too much garlic and onions and facing smelly breath? Eat some parsley to tame the stench!

Check out my other posts 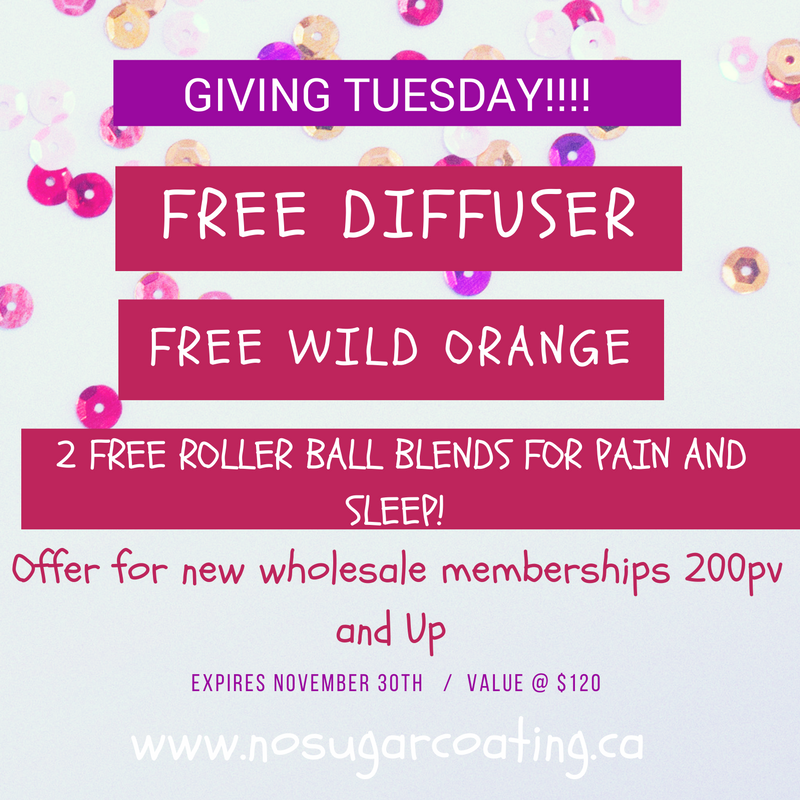 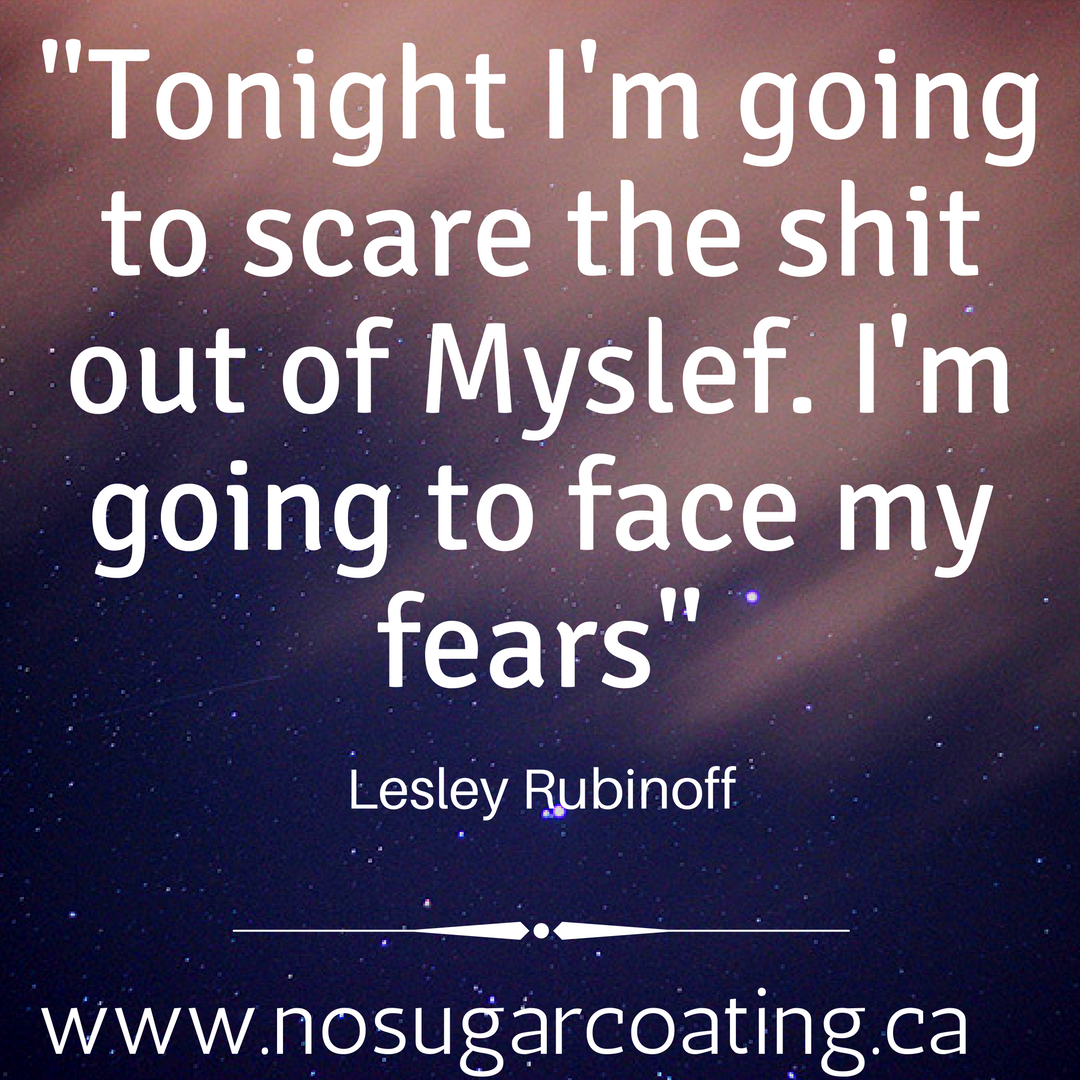 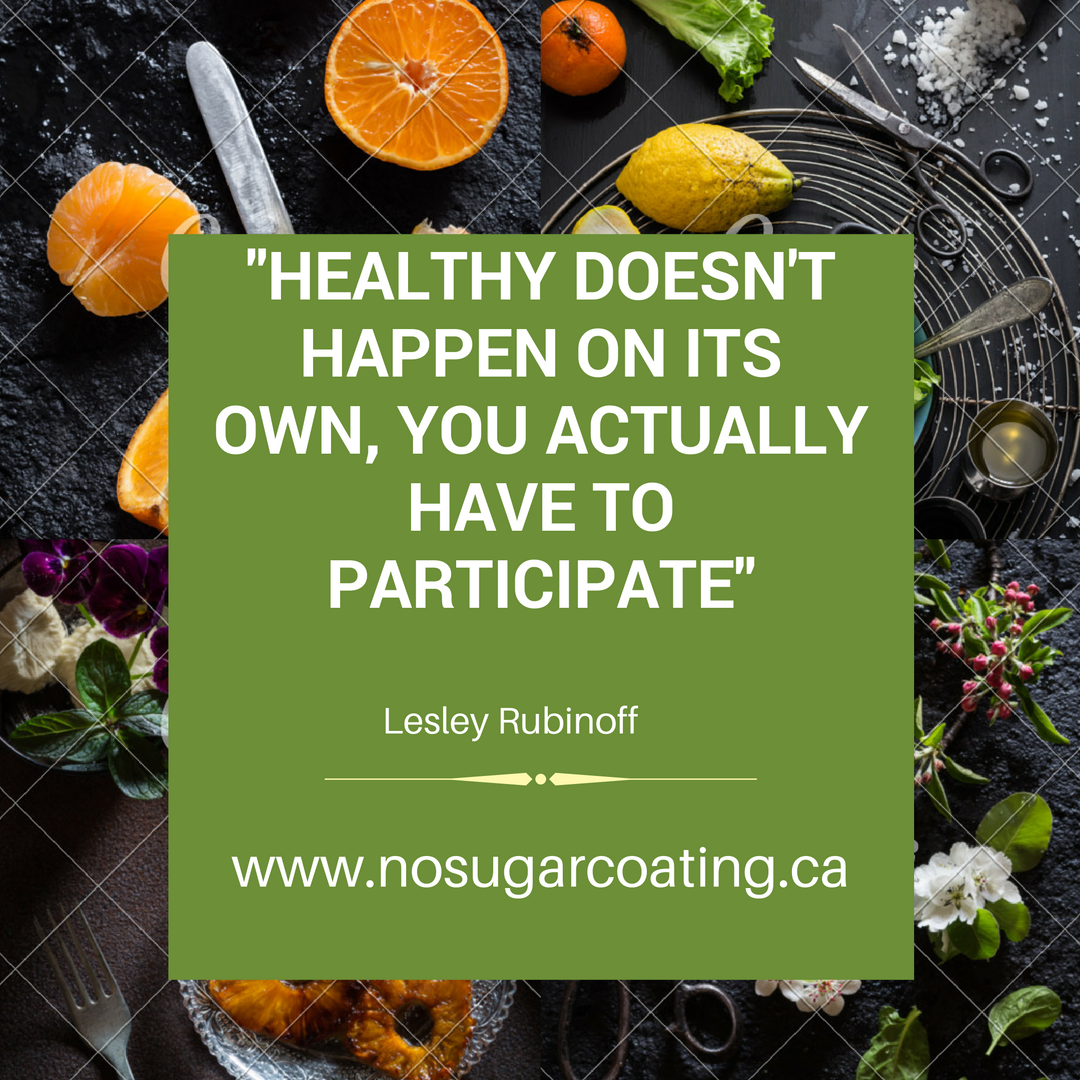 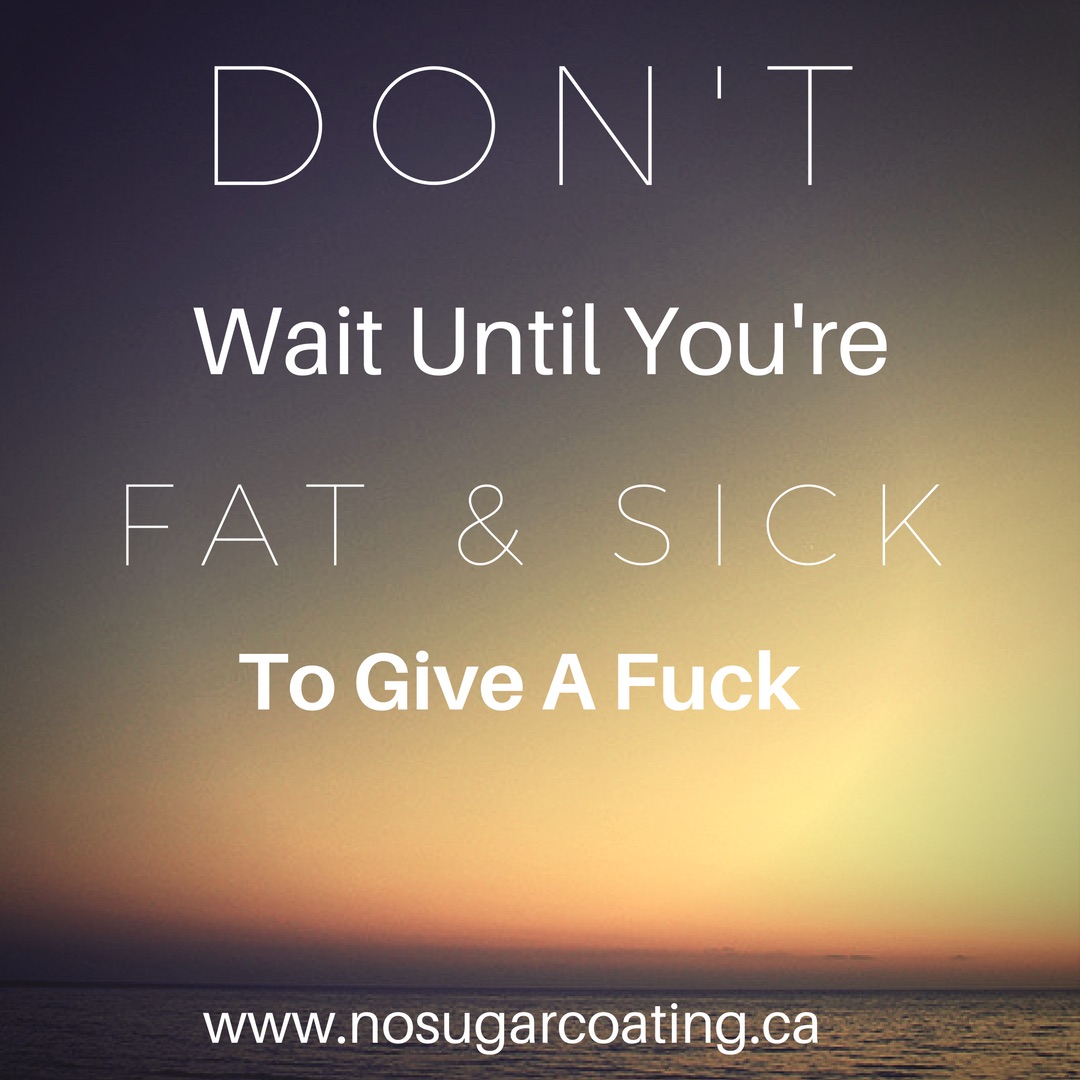 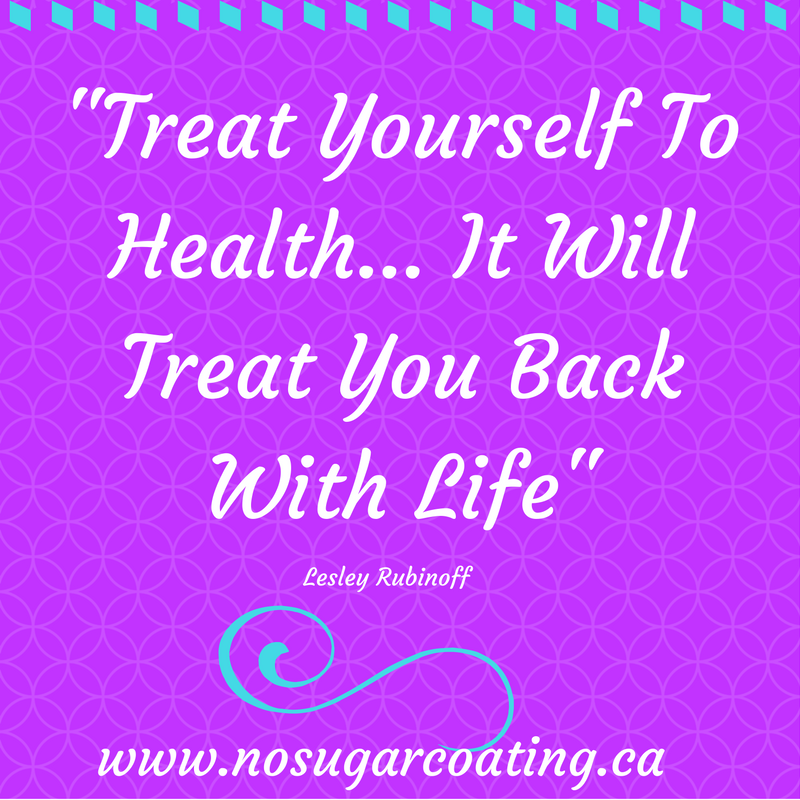 Check in daily for your FYI of the day! 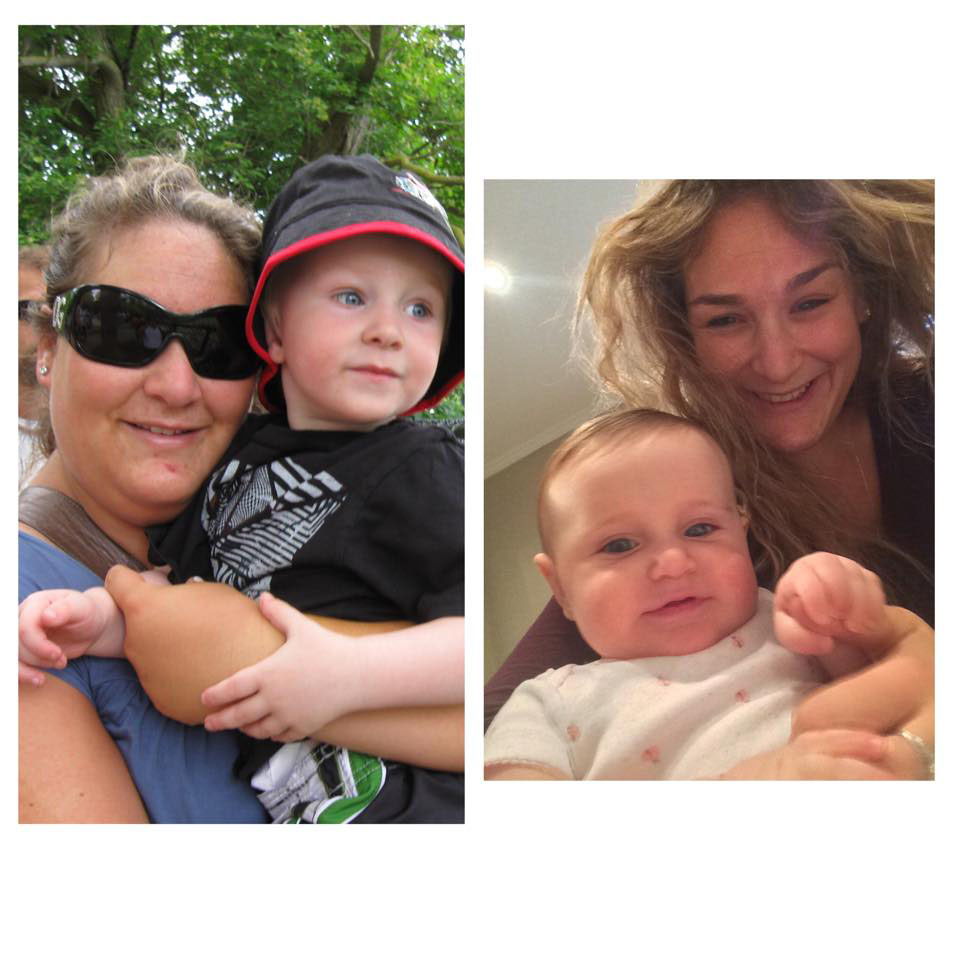 Epic Transformation 226/365 days on juice, a couple of years and ultimate happiness….